The English name ‘dhow’ is used to describe a number of different wooden vessels, all of which typically carry a triangular sail knotted to a long spar hoisted up a short mast.​​​​​​​​​​ The name dhow possibly derives from a locally constructed Swahili vessel called a Dau. Originating from Oman, the characteristic pointed bow and square stern is now a common feature along the East African Sea Board.

The larger Jahazi Cargo Dhows were primarily used for transport over distances of up to 1,000 miles or more on the open ocean. Such voyages (eg to the Arabian Peninsula) are reliant on the regular monsoon winds which determined whether the dhows went north or south. Several hundred tonnes of cargo could be transported in the Dhows including spices, ivory, cloth and slaves.​​​​​​​​​​

Our motorized dhows — specially converted for your comfort — are large Jahazi Dhows with plenty of space to stretch out and relax whilst still retaining the traditional aspects used for centuries, peacefully sailing on the blue waters of the Indian Ocean.

Our craft are well maintained, fully licensed and insured – meeting the international requirements for safety. All have ship to shore radios and marine bathroom facilities. The Charlie Claw’s captains and crews, whose homes and families are mainly on the neighboring islands, are all experienced and have coxswain certificates. In addition, many are CPR trained. 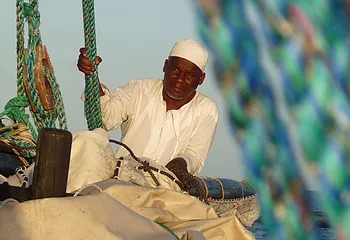 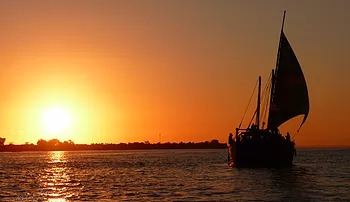 Charlie Claw’s on Wasini Island in Kenya. The very best of the Swahili Coast all in one day, including Snorkeling, Scuba Diving, Dhow Sailing, Dolphin Spotting, Sunset Cruises and exquisite seafood dining.

Scroll back to top